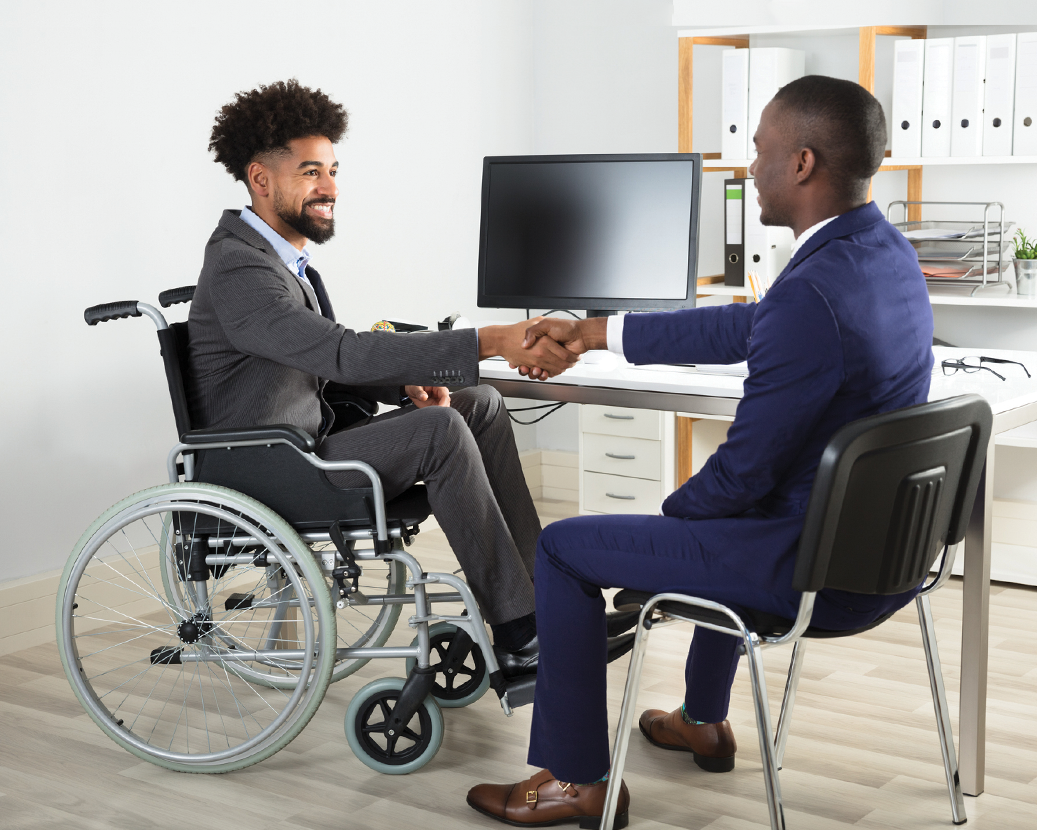 Challenges that impede entrepreneurs with disabilities in SA

South Africa needs to do more to support people living with disabilities who want to run their own businesses. At present it is hard for them to make a living. Helping them would benefit the broader economy too.

There are some measures in place designed to alleviate the situation. These include the disability grant and some specific provisions in laws such as the equity act, black economic empowerment as well as the Constitution of the country. But these are far from enough.

In a country like South Africa where the unemployment rate is 27.7%, entrepreneurship could save the day. In particular, it could give people living with disabilities greater independence and the ability to support themselves financially. They could set their own schedules and reduce transport problems if they were based at home.

Our study set out to identify the difficulties facing entrepreneurs who live with physical disabilities in the country. It focused on an area called Sebokeng, south of Johannesburg. Using qualitative research, the study explored the experiences and perspectives of disabled respondents.

Six themes emerged from the interviews: a lack of equipment and machinery; discrimination; business networking; hardships in obtaining start-up capital; knowledge of support centres and education and training.

Sebokeng was established 1965 as a settlement designated for black people under apartheid. Areas like it, known as townships, were designed as labour reserves to supply industries with cheap labour.

The planners of township infrastructure didn’t imagine that residents would ever be self-employed. But entrepreneurs emerged against the odds. And the challenges they face are still enormous.

Disabled people involved in small businesses face the same hurdles as other entrepreneurs, but their difficulties are multiplied. The areas in which they face the biggest challenges include:

Lack of equipment and machinery. Physically disabled entrepreneurs said that most facilities for small business weren’t equipped to accommodate their conditions.

“I believe that the number one limiting factor for some of us is lack of supporting tools and machinery.

“Because I am in a wheelchair, the best thing for me would be to have machinery for my business, so that I get on board with new machines that are designed with the user in mind and ultimately increasing the productivity of my business.”

Most of the entrepreneurs living with physical disabilities said they lacked confidence as they experienced a lot of discrimination. For example, they said people thought they weren’t competent because they were disabled.

“I need answers as to why we have to go through such discrimination and humiliation just because we are physically disabled.”

“We are always last in line for everything, we are not treated the same because of this stigma.”

A 24-year-old computer programmer told us:

A comment from a 25-year-old entrepreneur was even more telling:

“Each time I attend business networking events people see my disfigurement and they wouldn’t want to, or don’t know how to, approach me.”

Getting capital to start a business is always a challenge for entrepreneurs. The majority of the participants said this was an issue, mostly when they sought loans from financial institutions.

“Commercial banks do not want to offer loans to entrepreneurs living with physical disabilities… they are not confident in our competence to run businesses.”

Study participants were not aware of the government support centres or initiatives to support businesses that are managed and operated by people with physical disabilities. Only a few said that they got support from the government. But the support they received wasn’t enough to sustain them in running their ventures.

Education and training also emerged as a critical theme. It is generally accepted that educated entrepreneurs are better able to take advantage of opportunities. Participants in the study said that lack of education and training was a barrier to their success. In the words of one of them:

“We do not have adequate knowledge and teaching on how to manage various entrepreneurial businesses.”

The South African government needs to do a dedicated review of policies that are meant to support people living with disabilities to give them a better deal. Some old policies will need to be revamped and new ones put in place where necessary.

This must be done with a focus on critical areas like education and skills development, start-up finance and to influence the general environment to be more friendly towards people living with disabilities.