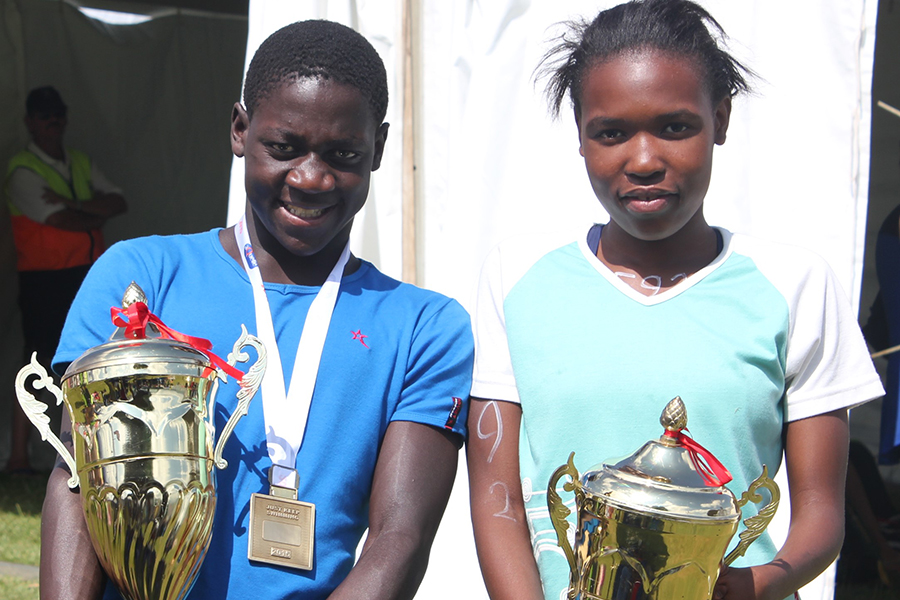 The Midmar Mile is widely recognised as the world’s largest open-water swimming event. It’s usually held every February at Midmar Dam, near Howick in KwaZulu-Natal. Thousands of swimmers from across the world flock to the event, which attracts everyone from serious Olympic-standard competitors to more casual, recreational swimmers.

Because of the huge number of competitors, the Midmar Mile is held over two days of the weekend, with four events taking place each day. Top male and female swimmers compete in the final two events on the Sunday.

Since 2004, Midmar Mile has supported various good causes through the Midmar Mile 8 Mile Club. Approved charities invite serious open-water swimmers to complete all eight miles over the two days to raise funds for charities through individual swimmer sponsorship. Many millions of rands have been raised over the years, with over R4 million raised in the past two years alone.

Mandeville Para Swimming Club (MPS) is South Africa’s only club dedicated to teaching disadvantaged children with a disability to swim and thereafter furthering their swimming careers with specialist coaching.

MPS has a proud association with Midmar Mile. It dates back to the early years of the 8 Mile Club when MPS coach Tadhg Slattery swam to raise funds for the Johannesburg Deaf Old Age Home on four occasions.

MPS swimmers took all three podium positions in the men’s race in 2016. In 2017, our swimmer Nkosi Dludlu became the first black swimmer with a disability to swim the full eight miles over the weekend, raising funds for his club in the process. He was awarded the Midmar Courage Trophy for his efforts, a trophy also won by Tadhg Slattery [1998] and James Willer [2020]. James, who is deaf and had had a single below-knee amputation, won the trophy at age 14, coming third in the 2020 race for swimmers with a physical disability.

For several years, MPS has been a nominated beneficiary of the 8 Mile Club. We are allowed to have up to 20 swimmers who pledge to swim all eight miles and raise funds for MPS by getting people and companies to sponsor them individually.

Each swimmer commits to raising a minimum of R10 000. Funds raised by these magnificent swimmers have gone a long way towards enabling our club to survive, grow and thrive.

Despite all the craziness of 2021, Midmar Mile is going ahead but with some necessary modifications. It’s been moved to March and will take place over two weekends instead of just one. Hats off to the organisers for their dedication and persistence.

MPS is proud to report that although we’ll be sending a reduced squad of club swimmers to Midmar this year due to schools’ Covid regulations, we will a have a number of 8 Mile Club swimmers raising funds for us in March 2021 and we hope to continue our much-valued association with the Midmar Mile in the years to come.