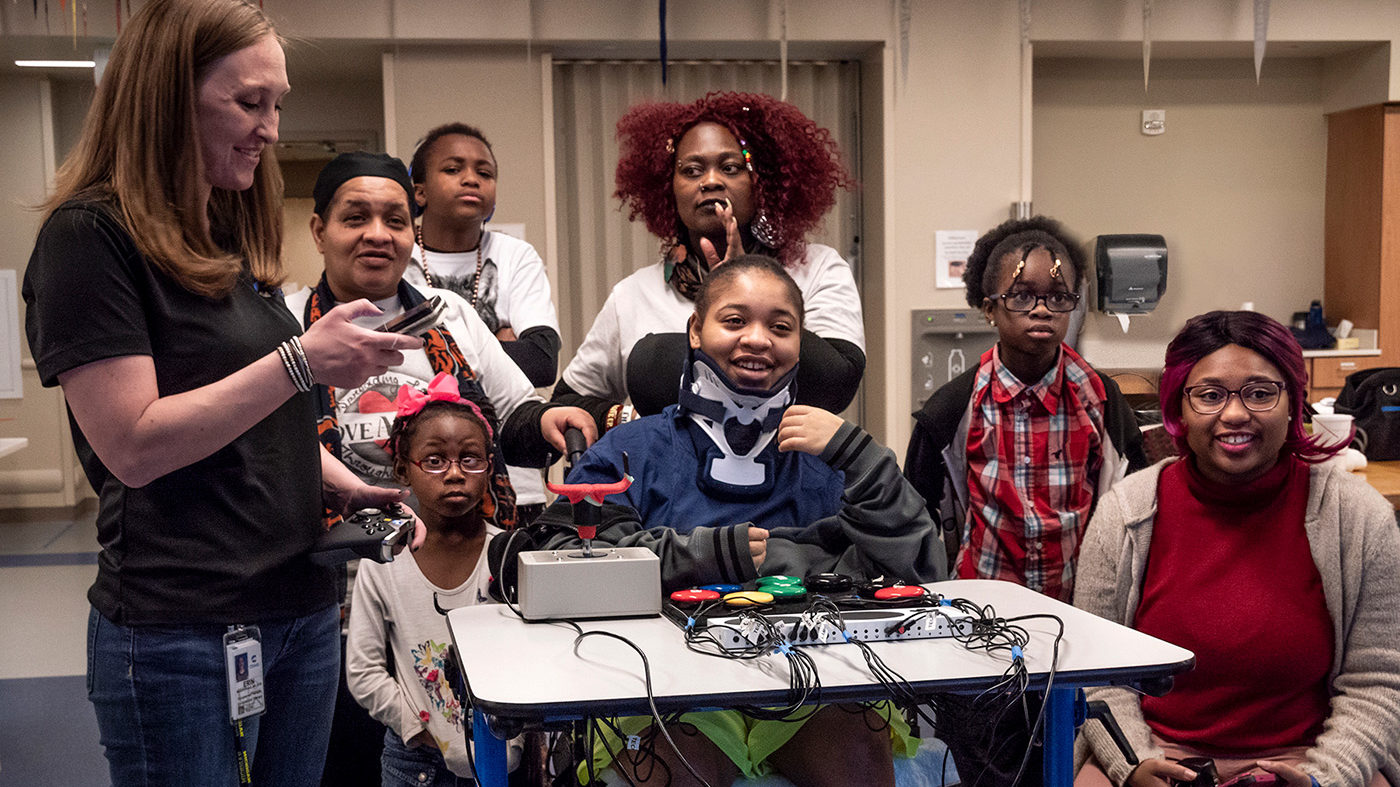 Eirrace Snead wheeled into her therapy session in pain, something she’d experienced often since sustaining a spinal injury in a car accident two months earlier.

But this session on a recent morning at Craig Hospital in Englewood, Colorado, where the 19-year-old is being treated, was different. With the Xbox Adaptive Controller, Snead, an avid gamer, was able to play her favorite game for the first time since the accident. She knew exactly how many days had passed since she’d fired up “Call of Duty: Modern Warfare,” which used to be part of her daily routine.

That morning, as Snead evaded enemies and completed her mission, her pain momentarily melted away.

I went to my happy place for the first time since the accident. It made me feel comfortable, like life was back to how it was before everything happened, she said, smiling. I felt at home for the first time, like I was really at home.

The hospital, which specializes in rehabilitation for patients with spinal cord and brain injuries, tested the new Xbox controller as part of its Adaptive Gaming Program. The program started three years ago, after a new patient who was a passionate gamer arrived at the hospital. The young man was depressed and unwilling to take part in his therapy sessions. If he couldn’t game, he told his primary therapist, he didn’t see the point in doing anything.

The therapist reached out to Erin Muston-Firsch, an assistive technology specialist at the hospital, and asked if she could help. Working with the hospital’s rehabilitation engineer, Muston-Firsch put together a crude customized gaming setup for the young man. It looked like Frankenstein, she said, but it worked.

Other patients noticed and wanted in on the action, and their interest led Muston-Firsch to set up the gaming program. She built up a stock of assistive gaming devices and taught her coworkers how to use them. But the setups were kludgy and complicated to set up. Sometimes they crashed, as the patients sat waiting. Their disappointment pained Muston-Firsch.

It’s terrible if you set somebody up on something you think is going to work and get their hopes up, and then watch them struggle and get discouraged, she said. And in the past, if one controller didn’t work, it may have taken you 10 or 15 minutes to get that all set up for them, and now you have to take it all apart and start over.