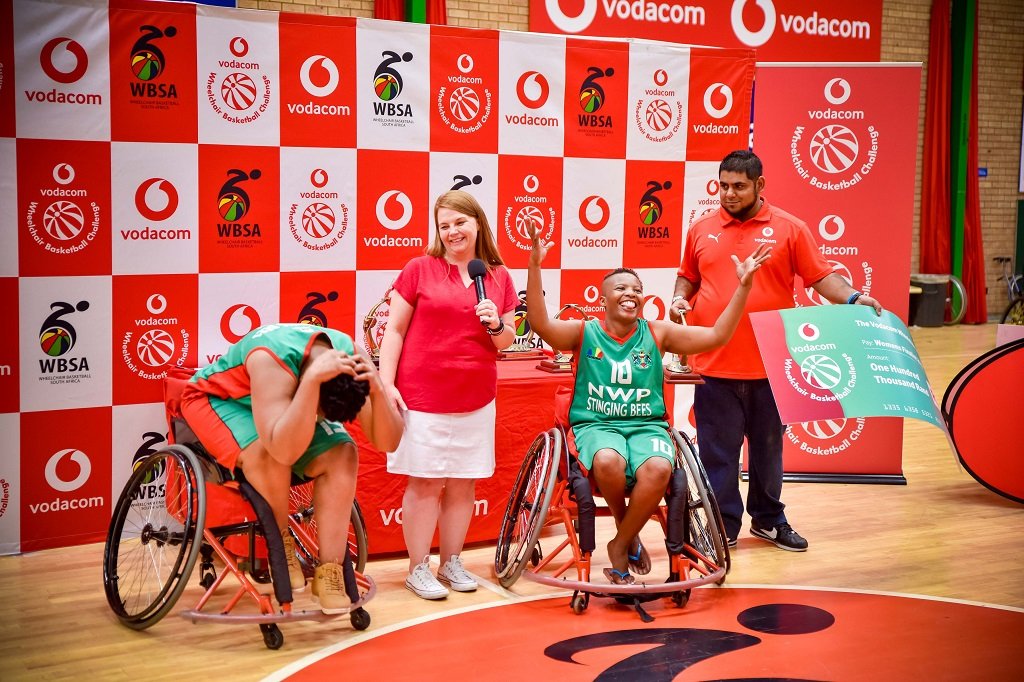 In 2019, the last time the Vodacom Wheelchair Basketball Challenge was played before the COVID-19 pandemic, the North West became the first province in the history of wheelchair basketball in South Africa to win the Under-23, senior men and senior women’s finals.

The Vodacom Wheelchair Basketball Challenge is back and Paralympian and former national wheelchair basketball player Kat Swanepoel will be serving as the ambassador for this year’s event.

In 2019, the last time the Vodacom Wheelchair Basketball Challenge was played before the COVID-19 pandemic, the North West became the first province in the history of wheelchair basketball in South Africa to win the Under-23, senior men and senior women’s finals.

The Vodacom Wheelchair Basketball Challenge will celebrate 21 years of showcasing the inspiring talents of athletes with a disability at the Vodacom Mandeville Indoor Sports Centre on 5 December and with Paralympic star Kat Swanepoel serving as the ambassador for this year’s event.

Swanepoel’s inspiring story will usher in a weekend of intense wheelchair basketball action as the North West seek to defend their title in the chase for the R100,000 prize on offer in both the senior men and senior women’s finals.

“But the main focus of this year’s event will be on the victory of every single participating athlete to have overcome the seemingly insurmountable odds against them and rise to the challenge of inspiring a new generation of wheelchair basketball athletes in this country. And Swanepoel’s journey will serve as ample inspiration,” said Vodacom.

Swanepoel, who in 2008 was diagnosed with progressive multiple sclerosis, has represented her country in wheelchair basketball, wheelchair rugby and swimming, and missed a bronze medal by only half a second in the 50-metre S4 Backstroke at the Tokyo Paralympics.

The Vodacom Wheelchair Basketball Challenge is a competition that she is particularly passionate about as someone who benefited from finding and joining this community of athletes at a time when she was at her lowest after her diagnosis.

“I’ve had the privilege of playing in a few Vodacom-sponsored wheelchair basketball tournaments. You have to have the opportunity to compete in order to get better. With funding drying up and people with disabilities often being overlooked, Vodacom stands out as a company that gives their all for disabled sport. They believe in it, even to the extent that they’re passionate about giving equal support to the men and women,” said Swanepoel.

For over two decades now, Vodacom has supported South Africa’s disabled athletes through the provision of a world-class facility such as the Vodacom Mandeville Indoor Stadium and competitive opportunities on both the domestic and international front.

“Our core company belief of going ‘Further, Together’ is a philosophy we invest into all of our sponsorships. Opportunity creates stories for this generation, and their stories in turn inspire the next generation. To be able to support disabled athletes for as long as we have has been a privilege, because it’s their stories and their journeys that have taken us all ‘Further, Together’ towards a better society through sport,” said Michelle van Eyden, head of sponsorship for Vodacom.

The Vodacom Wheelchair Basketball Challenge finals will be played on Sunday, 5 December 2021, with a live broadcast on SuperSport.