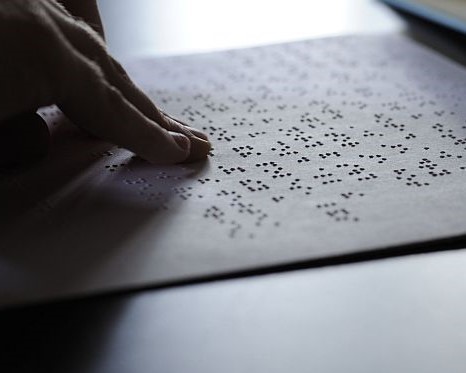 BlindSA, Section27 in court bid to make published works accessible to the blind

As the world celebrated World Book Day this month, there were still barriers to accessing books and reading material for those who are visually impaired.

In South Africa, an apartheid-era Copy Right Act stipulates that in order to convert a book into braille, or an accessible format, permission must be secured from the copyright holder.

It is said that these holders simply ignore or reject these requests.

BlindSA, represented by Section27, will later this month approach the Gauteng High Court, Johannesburg, to fight for the rights of people who are blind or visually impaired by asking the court to amend the apartheid-era Copyright Act. The case will be heard during a virtual sitting on September 21.

As a result, persons who are blind or visually impaired must often take steps to identify copyright holders and request their permission to convert their works. This can take an unreasonably long time, while running the risk of not being granted permission. “We will argue that the act constitutes unfair discrimination. Under the current copyright regime, many copyright holders deny requests for format shifting, which limits the library of reading materials that people with visual disabilities can access.”

Chaskalson said less than 0.5% of published works were available in accessible formats in South Africa. By limiting cross-border exchange of suitably formatted published works, people who are blind or visually impaired are forced to reinvent the wheel by converting materials domestically from scratch, often at great personal expense.

The current act therefore infringes on the rights to equality, dignity, basic and further education, freedom of expression, language and participation in the cultural life of one’s choice for people with visual disabilities.

The national legislature has acknowledged the unconstitutionality of the act and committed to reforming it to bring it in line with our Bill of Rights and various international commitments.

The Copyright Amendment Bill includes a section called 19D which allows general exceptions regarding protection of copyright works for people with disabilities. This section would allow people with disabilities to develop or import accessible format copies of published works without first having to secure the permission of the copyright holder, vastly improving access to reading materials, Chaskalson said. “However, six years after the Amendment Bill was introduced into Parliament, the copyright reform process remains unresolved.

“With long delays, postponements and widespread debate surrounding the Amendment Bill already recorded, and the legislative process ahead looking to be convoluted, people who are blind or visually disabled will likely face a book famine for extended periods of time.”

“While Parliament continues to debate the Amendment Bill with no end in sight, the current copyright regime has negative impacts on people’s rights. People who are visually disabled continue to go without thousands of books, journals, textbooks and other published works that sighted people can access,” Chaskalson said.