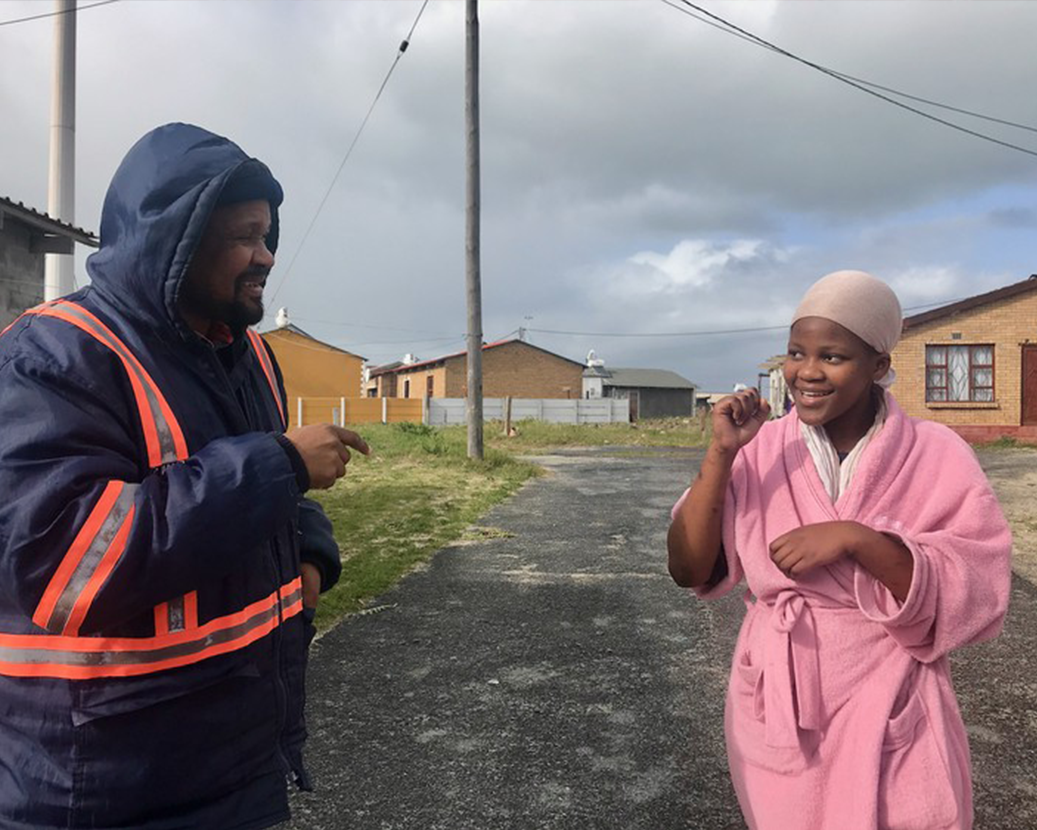 The illegal occupation of nearly 90 plots belonging to people waiting for housing subsidy approval has divided the community leadership of Kuyasa, Khayelitsha. About 30 of the plots belong to deaf people.

Some of the occupiers are building with bricks.

A resident, who feared to be named, said that at a community meeting on Sunday, the chairperson harangued and then chased out those who objected to the occupation.

“On Monday we woke up to marked plots,” said the resident.

Then on Tuesday, people who tried to intervene were threatened at gunpoint, he said.

The resident said he was angry at the “greed” of the leaders and he accused them of selling plots. They were forcefully taking plots with the excuse that they were stopping outsiders from occupying the land. He said if they had really meant well, they would have called the rightful owners currently living in shacks to relocate to the vacant plots to prevent outsiders taking them.

Kuyasa was established in early 2000 and has 320 houses. It is run by the Victoria Mxenge (VM) women, who have built more than 5,000 houses for elderly women and pensioners across Cape Town.

Managing director Patricia Matolengwe said the plots had not been developed due to delays with subsidy grants with the City and Tygerberg district.

“Only in 2012 were we advised to apply for subsidies from the provincial Department of Human Settlement,” she said.

She said it takes about six months to get the forms back from the department. This year they have submitted applications twice and they are in a process of submitting 55 applications for Kuyasa.

A contractor also terminated a building contract because of the subsidy delays.

Matolengwe said the delays at the provincial office greatly affected disabled people who need to go to the doctor for assessment to prove that they are still living with disability. Contacting the beneficiaries is also difficult because they are constantly robbed of their phones. They also struggled to communicate with the deaf beneficiaries. When family members are not available, they sometimes have to hire translators.

“We have three deaf people who have successfully built their houses in Kuyasa. VM is empowering the remaining group to do the same,”

They cannot stand up for themselves

Khayalethu Mccukelwa is one of the lucky ones. He stays with his four children and wife. With his 14-year-old daughter, Lindokuhle, helping translate, he told GroundUp that it saddens him that deaf people may lose their plots. “Some of them have been asking him for help to get their subsidies approved. They need a professional interpreter. But getting one is a problem. They can’t stand up for themselves,” he said.

Mayco Member for Human Settlements Councillor Malusi Booi said: “Unfortunately this is not an isolated incident. There have been attempts of organised land invasion at many of the housing projects across the metro, which are currently under construction. Beneficiaries of these housing projects are also some of the most vulnerable in Cape Town.”

“The City acts to protect its projects. It continues to prevent the illegal occupation of land and stand up for those law-abiding residents in our communities and or beneficiaries who have waited for many years for their housing opportunity.”

Photo caption: Lindokuhle interpreting for her deaf father, Khayalethu Mcuukelwa, who was lucky enough to have his house built before the land occupation took over plots reserved for deaf housing beneficiaries. Photo: Tariro Washinyira