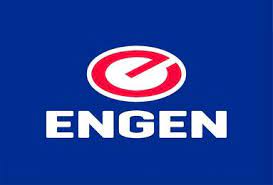 Engen helps Zininzi get behind the wheel

Contracting Tuberculous Meningitis as a 10-year-old may have left Zininzi Mpurwana paralysed but the go-getting East Londoner has refused to let her disability define who she is, choosing instead to use it to be more creative and content in her daily life.

Living by the affirming philosophy that, “life isn’t about waiting for the storm to pass…it’s about learning to dance in the rain,” Zininzi says she does not stress about things that are beyond her control.

“I used to be overly sensitive and emotional when people discriminated against me or excluded me, or when I overheard people’s hurtful comments but, over the years, I have learnt that life is all about attitude and now rather than being defensive and emotional, I try and educate people,” says the qualified community development worker.

And it was at DEET that she first heard about an Engen sponsored driver training programme for people with disabilities.

“I decided to apply when I heard all the positive feedback from others who had been on the programme.  Since my retrenchment, I have applied for numerous positions without any feedback. I know that having a driver’s licence will at least get me onto the short list.”

Engen and the DEET have worked together since 2019 on initiatives aimed at enhancing the quality of life of persons with disabilities through the equalization of opportunities, poverty reduction, and promotion of social inclusion.

Adds Zininzi: “The driver’s programme has been very empowering so far and the instructors are so patient. I can’t believe that I can move a car forward with oncoming traffic and overtake cars without driving off the road. I thought I was dreaming on the first day and kept pinching myself.”

The Engen driver training programme for people with disabilities commenced in October 2021 and will roll out through to the first quarter of 2022 in the Free State, Limpopo, North West, Mpumalanga and the Eastern Cape.

The aim is to upskill 20 beneficiaries per province by helping remove barriers to participation and ultimately putting 100 new skilled drivers on the road.

“This cover learner’s license preparation and coaching, booking of learners and driver’s licenses, a minimum of 20 hours driving practice with a qualified instructor as well as covering all fees and insurance costs,” comments Latiff.

“The rationale behind our drive to support persons with disabilities is not only about upholding the Constitutional principles of non-discrimination on the basis of disability but also to put tangible measures in place to support developmental interventions, so that people living with disabilities can become inclusive, contributing members of society,” adds Latiff.

Disability inclusion is one of Engen’s key social investment focus areas, giving the company the opportunity to contribute towards inclusive disability rights in South Africa.

“As a caring and inclusive company with ‘heart’, this aligns with Engen’s commitment to the United Nations Sustainable Development Goals, which endeavour to ensure a better and more sustainable future for all,” says Latiff.

Expressing his gratitude to Engen for their renewed support, CEO of DEET, Thabiso Phetuka believes that a driver’s license opens a host of new career prospects for unemployed and retired people who still want to work.

“Our partnership with Engen provides hope to job seekers with disabilities and those who aspire to start their own businesses, who might previously have been unsuccessful in securing a position, as a result of not having a driver’s license,” says Phetuka.

And for Engen, Latiff says South Africa’s number one fuel and convenience company is humbled to play a small part in empowering new motorists like Zininzi and opening new opportunities for her in the future.

“As a company, we are inspired by and support government’s efforts to create a better life for all, and sincerely hope that having driving skills will lead to a self-sufficient, and economically independent future for the people who complete the programme.”