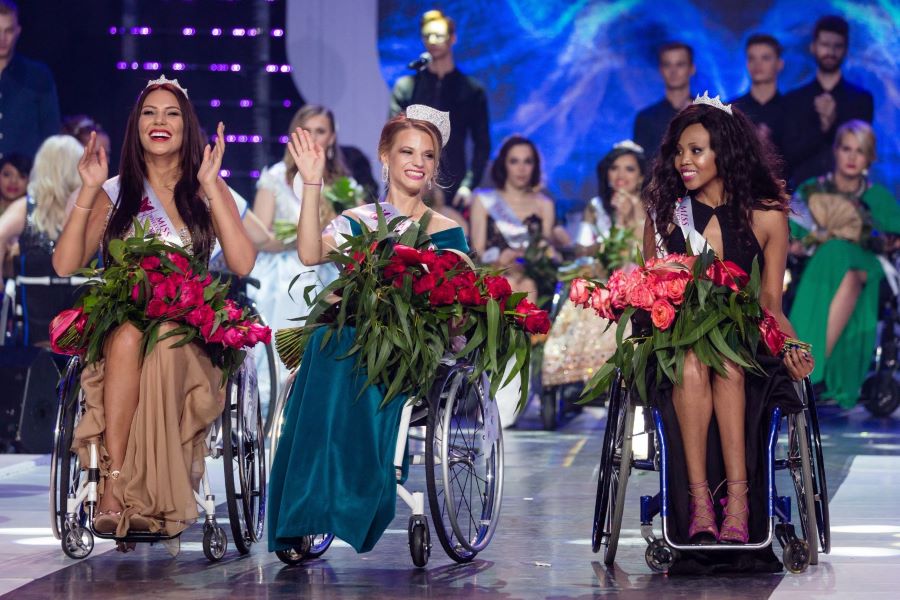 ‘Rolling Goddess’ shares her wins, struggles in the fashion industry

Lebohang Monyatsi plays the role of Rosie on the soapie ‘Generations: The Legacy’ and she is the first South African woman in a wheelchair to be a runway model.

As we enter the last week of Youth Month and just recently witnessed the Paris Fashion Week, Eyewitness News caught up with Lebohang “Rolling Goddess” Monyatsi to talk about being a runway and fashion model and access to such spaces for disabled people.

In 2017, Monyatsi represented South Africa at the Miss Wheelchair World pageant, where she was crowned first princess. This was the first-ever edition of the pageant held in Warsaw, Poland and brought together 24 young women from 19 countries.

Monyatsi plays the role of Rosie on the soapie Generations: The Legacy, she is the first South African woman in a wheelchair to be a runway model.

Rolling Goddess, as she’s known on social media platforms, had always dreamt of being a model but she had no one that she could identify with on the runways and the were no opportunities for persons in wheelchairs in the industry.

“I have always loved modelling from a young age but I couldn’t pursue it because of a lack of opportunities for people with disabilities. As we all know, the media impacts society and there’s no one who looks like me in the media industry to serve as an inspiration to those who live with disabilities. I decided to embark on this journey so I can be a role model to everyone who thought it is not possible.”

The former national wheelchair basketball player got her first modelling job in 2016 when Godfrey Mphatswe, who was selected as part of the Mr SA top 50 contestants, asked her to do a social project for the pageant, which was inclusive of different people in South Africa.

“One of Godfrey Mphatswe’s duties as a finalist was to organise a social event, so he decided to plan an inclusive fashion show. He and his personal assistant reached out to me to ask if I would be interested. When this opportunity came, I did not waste any time, I went and participated and people loved it. It boosted my self-confidence and I just had momentum from there, I really loved it,” said a beaming Monyatsi.

In 2018, she worked alongside Basetsana Khumalo on a modelling campaign for Woolworths.

Including people with disabilities in everyday activities and encouraging them to have roles similar to their peers who do not have a disability is important and certainly falls under disability inclusion.

“I am the co-founder of Miss Wheelchair South Africa. The main objective of it is to break the stereotype associated with persons with disabilities, to change the mindsets, change the narratives and give opportunities to women with disabilities to impact change however they see fit, to be the change that they wish to see in the world,” said Monyatsi.

The rise of models with disabilities has revolutionised the fashion industry. When one thinks back to a couple of years back, the group lacked representation in the media, despite the fact that disability is part of human diversity, in fact, an estimated one billion people or around 15% of the world have some form of disability.

People with disabilities form the world’s largest minority community and it’s also the only community that anyone can potentially become part of at any point in their life.

“I was diagnosed with Post Polio when I was 3 years old. It affected my left leg, which resulted in it being smaller and thinner than my right one,” said Monyatsi, who is dependent on a wheelchair for mobility.

The inclusion of disabled bodies within fashion and beauty is a step in the right direction, but it does seem the industry has a long way to go.

“The challenges that I got or I still get as a model with a disability is getting jobs. Agencies believe that the production managers or the producers have to specify that they need someone with a disability, meaning that they cannot just send me to audition with others. I have to wait for a specific call, that’s so disadvantaging. I wish they can look at it in a different way. I wish for it to change.”

The industry has been quick to answer calls from some minority communities but somehow people with disabilities have been left behind and at times, left out of the conversation entirely.

“I believe the achievements of disabled people are not entirely recognised. We are only recognised during the month of disability or albinism months and that’s not fair because we work twice as hard as the non-disabled in order to be seen.

“In order for that to change, persons with disabilities need to be equally recognised as the non-disabled. For example, if it’s Women’s Month and you recognised Zozibini Tunzi (former Miss SA) for her excellent work, you need to also acknowledge Tamelyn Bock (current Miss Wheelchair SA) or Kgothatso ‘KG’ Monjane (wheelchair tennis ace) for their excellent work as well, do not wait for disability month in order to do that.”

Internationally, there have been pioneers that have broken the barriers for the disability community, providing visibility and creating more opportunities for aspiring disabled models.

Jillian Mercado, Mama Cax and Alexandra Kutas, just to name a few, broke the barriers for their community.

The late Cax was featured at the New York Fashion Week in 2018 and in Chromat‘s Spring/Summer 2019 runway show that championed body diversity. In 2014, Mercado starred in her first campaign for Diesel, which landed her a deal with IMG Models in 2015. And Kutas became the first runway model in a wheelchair at India’s runway week in 2017.

Internationally, we are seeing people with disabilities making appearances on the runway, on the cover of magazines, in fashion advertisements and in beauty campaigns. It may not be as big here in Africa but Monyatsi said small steps were better than no steps at all.

“I believe that we are already getting somewhere, although it is going to take a very long time to get people to accept that persons with disabilities can also model. Rome was not built in a day, so if we can work together to change the narrative, to assist other people with similar aspirations and transfer knowledge to the young generation, then Africa will have space for models with different abilities and it will also be a norm.”

This article was first published on EWN, read the original here.