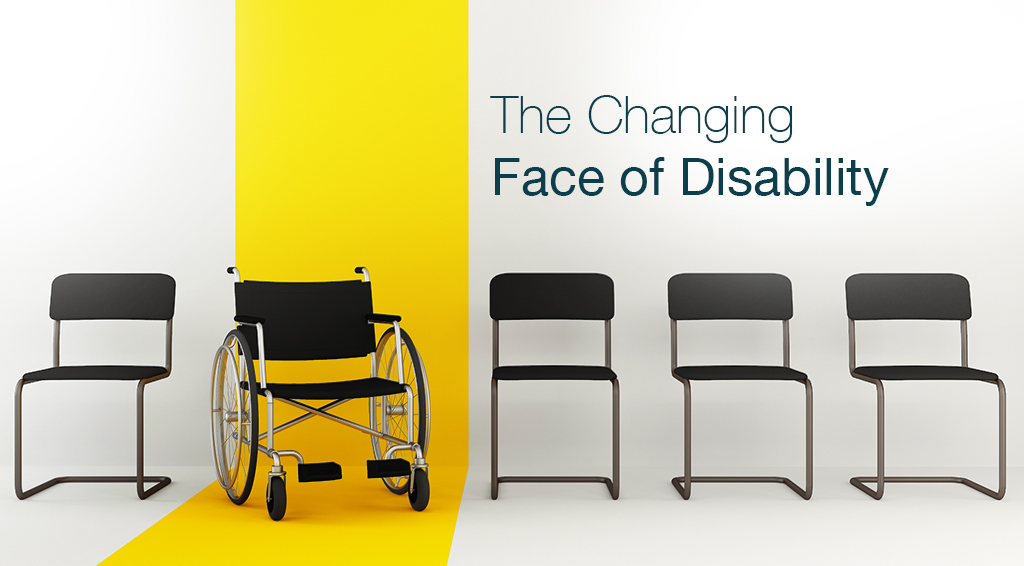 The changing face of disability

Progression was founded in 2002, before the launch of B-BBEE and the various incentives and drivers that accompanied it. Looking back at our data from those early years, we see a considerably different picture compared to the disability profile of our learnership candidates today. When Progression first started, the most common disabilities we encountered were Post-polio Syndrome, Albinism, Epilepsy and Cerebral Palsy.  We also saw a large number of physical disabilities including genetic deformities like Clubfoot and missing limbs. Partial spinal injuries were also common, many resulting from violence, including gunshot wounds and stabbings which were very often sustained during the political unrest of the late 80’s and early 90’s.

Today, almost 20 years later, the demographics of the candidates walking through Progression’s doors have changed significantly. Post-polio, which was once the most dominant condition, is rarely seen today, thanks to global vaccination efforts which have resulted in the virus being almost completely eradicated. The numbers in terms of candidates with Albinism and Epilepsy have also declined significantly.

Many of the physical disabilities we see today are the result of injuries related to vehicle collisions, train accidents or criminal incidents such as shootings or muggings. There has also been a marked decrease in the number of disabilities related to childhood diseases and genetic disorders amongst our candidates. This is possibly due to advancements in medical technology as well as early intervention, which have impacted on prevention as well as more effective treatment of many illnesses.

One condition that we are seeing much less is Spina Bifida, a birth defect affecting the spine, which has been linked to malnutrition during pregnancy and a lack of folic acid. It is likely that a general improvement in nutrition, as well as increased awareness and knowledge around healthy eating in pregnant women have led to this reduction. Another disorder that has seen declining numbers at Progression is Cerebral Palsy, which is often caused by complications during childbirth. A possible cause for this drop could be the increasing acceptance of western medicine, with more women opting to make use of hospital services as opposed to home births.

Most notably, the proportion of applicants presenting with physical disabilities has diminished substantially, and over the last few years our candidates have increasingly been people with psychiatric disabilities like Depression, Bipolar Disorder and Schizophrenia. This trend is not surprising, considering the alarming global statistics relating to mental illnesses – studies show that Depression is one of the leading causes of disability worldwide and in South Africa, 23 people commit suicide every day. COVID-19 has also exacerbated the problem by introducing additional sources of stress and anxiety which have further impacted on people’s psychological and mental wellbeing. In addition, the scourge of gender-based violence in South Africa has intensified the psychological trauma experienced by many victims, leading to long-term mental and emotional damage.

There are also several other factors that could possibly be influencing the surge in the number of candidates with psychiatric disabilities applying to Progression.  Historically, diagnosing mental illnesses was a complex process which involved in-depth assessments and consultation, however in recent years Progression’s experience of this has changed. Nowadays we frequently have individuals coming to us who report receiving very quick, almost informal diagnoses of psychiatric conditions, often with no medical history information being requested and sometimes, after having experienced only one “episode”. Mental health conditions are also slowly becoming less stigmatised, thanks to a number of well-known personalities (like Meghan Markle and Trevor Noah) and sports stars (like Michael Phelps and Naomi Osaka) who have opened up about their personal struggles with mental illness, in an effort to create more awareness.

The changing disability profile of Progression’s candidates has called for new strategies and methods to effectively manage disabilities in the workplace. In the past, reasonable accommodation measures were primarily focused on adjustments to the workplace in order to address physical disabilities and included modifications such as ramps and accessible bathrooms. However, with the rise in psychiatric disabilities, employers are now required to consider more abstract measures like flexible working hours and psychological support for employees.

Although the nature of disability is changing, people with disabilities still make up a significant percentage of the population – according to the World Health Organisation, globally over 1 billion people live with some form of disability and this number is increasing dramatically each year. With the rapid growth in mental disabilities, we need to be considering adjustments not only to the physical environment, but to our attitudes and mindsets as well. In the midst of this ever-shifting dynamic, it is essential that we adopt a more flexible approach in order to level the playing field for everyone and achieve true inclusivity.